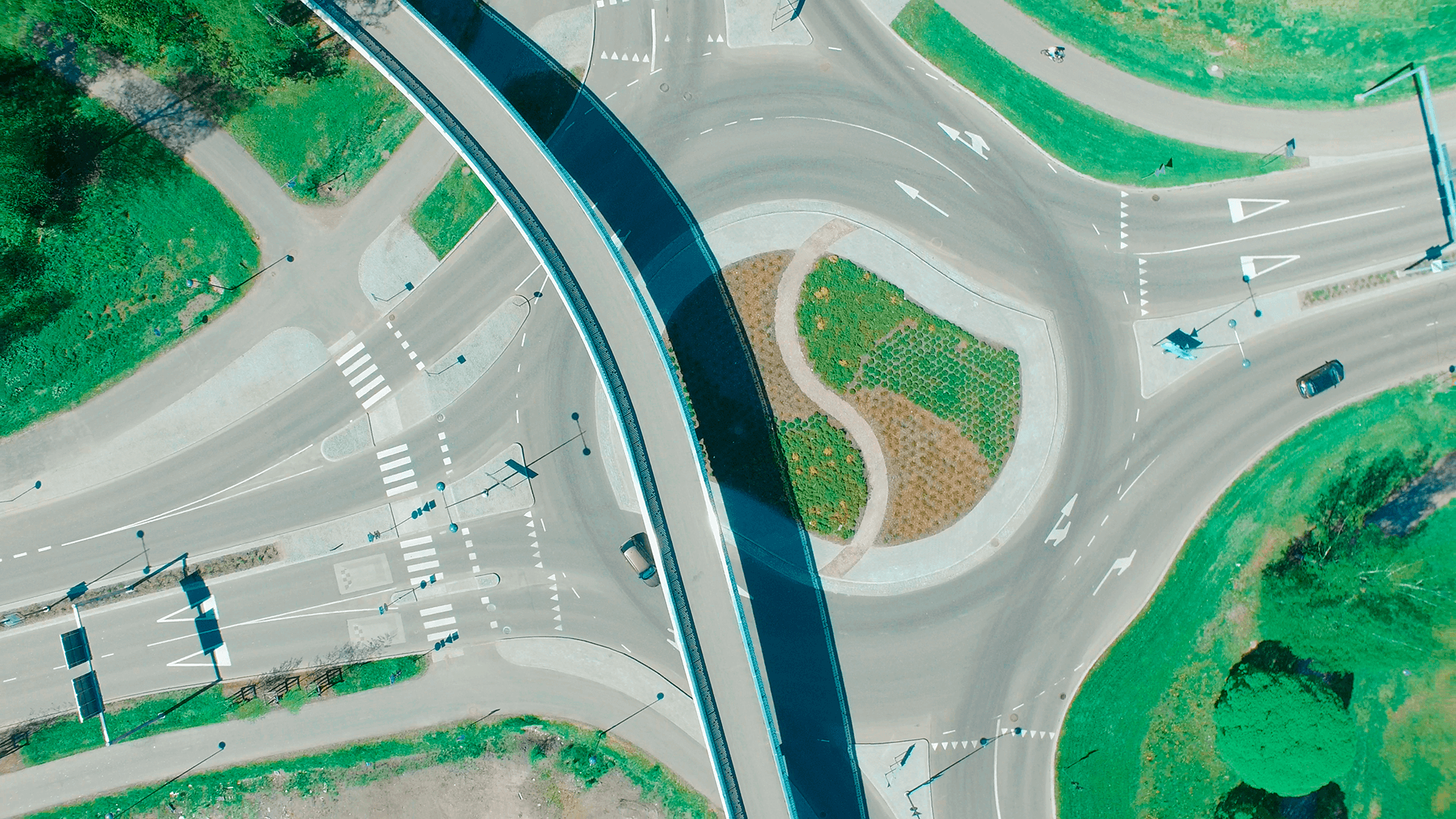 AINS Group’s new bridge for pedestrians and cyclists, built in Matinkylä in Espoo, has been awarded for its merits in bridge engineering and construction. Not only does the statuesque bridge offer a safe way for schoolchildren to cross a busy road, but it also looks attractive to pedestrians walking underneath it.

The jury of the Finnish Association of Civil Engineers (RIL), which selected the winner of the 2019 Bridge of the Year prize, praised the bridge for its high-quality design and the aesthetic value it brings to the area. Situated in a visible location in Matinkylä in Espoo, the most striking features of the bridge are its statuesque deck and spectacular lighting solution.

The boat-shaped design of the deck bottom is unique in Finland.

– A breakthrough in the design came when we came up with the idea of placing one of the pillars on the roundabout. It adds character to the bridge and enables a light structure, resulting in a design that blends in with the surroundings, explains Petri Kela from AINS Group, who acted as the project’s principal designer.

– Instead of lamp posts, we placed the lighting on the bridge rail, which makes the bridge look spectacular in the dark. Our focus on visual design paid off.

Offering a safe way to cross the busy Matinkartanontie and the roundabout, the bridge for pedestrians and cyclists is greatly appreciated by the primary school pupils who use it get to Mattliden School.

The main contractor for the bridge project, commissioned by the City of Espoo, was GRK Infra Oy. The design idea was developed by AINS Group’s collaboration partner Aihio Architects, while the lighting solution was designed by LiCon-AT.

RIL has awarded the Bridge of the Year prize since 2001. This year’s honourable mention was given to Lehtisilta (Leaf Bridge), introduced at the Pori Housing Fair. This bridge, in the shape of a birch leaf, is the world’s first 3D-printed bridge made from a wood-based material.